A Day in the life of an Unschooler

I often see posts asking exactly what an un-schooling day looks like and how it is that child-lead education works, so today we made another ‘day in the life’ video. It’s hard to sum up a day and not make the video hours long, so it’s as short as it can be..

One of the YouTubers I watch regularly is in Japan drifting at the moment, this got Jaiden asking about Japan and specifically what language they spoke, so over the past week we’ve been learning numbers and today we delved a little further and started learning some basic greetings. He’d also previously asked how it is they make Sushi paper so given it was in the Japanese theme; he decided he’d look it up today. We spent some time looking at where Japan (and Ebisu Circuit!) is on the map, as well as discussing and exploring just how densely populated Japan is on Google maps. Also, in the past we’d had some discussions about commas so we went through some of the more humorous reasons that we need commas as an introduction to their use. 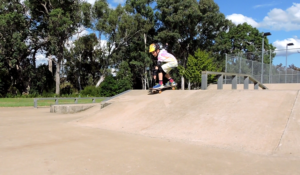 Oh, we also played some tennis, or at least spent an hour chasing the tennis ball and Jaiden had a skate where he once again pushed himself and reaped the rewards!

If you like these videos, please let us know by either a comment or hitting the like button. We film a lot, as it’s a great way to monitor Jaidens progress and he loves editing videos, but if there’s enough interest we’ll keep sharing them with you all..I hope you all enjoy!

P.S. Huge thanks to Peppa for the surprise in the mail, he was pretty darn happy!