One of the families from football are moving over the coming weeks and have kindly offered us their 8 chickens! We were offered some chooks some time ago but captain procrastination (me) had not yet got around to building a nesting box, so when they said they were wanting them gone by the weekend I had no choice but to get my backside into gear!

So this morning we sat down, drew up some plans and off to the shed we went! With nothing bar an old (rather blunt) saw, a tape measure, a plank of wood for drawing straight lines, a pencil, a drill, sand paper, some ply wood (donated by one of our page followers, thanks Ian!), some scrap wood from around the property here and some screws I had sitting in the bottom of 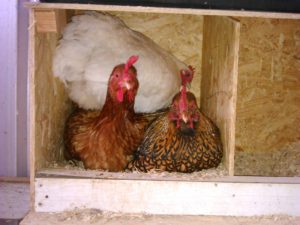 my toolbox, we managed to knock one up!
Jaiden was ultra happy with himself especially for his sawing efforts, and seeing I’ve done no woodwork since highschool, I was pretty happy as well!

It prompted a great discussion about measurement, which is something we’d not yet touched on. By the end, Jaiden was reading the plans and measuring and drawing cut lines himself and also had grasped the concept of cm, mm and inches. Winning! He did a great job with the saw and as always was a gun with the drill.

Whilst allowing him to do the sawing resulted in some, err, lets just say less then straight cuts, it still came together perfectly after some minor sanding!

Tomorrows job is to make some DIY feeder / water containers all ready for their arrival on Saturday. Jaiden is most excited!