Following on from my last socialisation article (here), I’d like to both share a story and address a couple of comments on facebook about the need to develop coping strategies for dealing with difficult people and the positives that can come from these interactions.

A couple of nights ago, Jaiden had the first major confrontation he’s had on this trip. Jaiden and another ½ dozen children were playing on the trampoline after dark, many of them on a sugar high after the obligatory toasted marshmellows on the camp fire. They’d all been playing happily for quite some time when a child approached Jaiden whilst playing “zombies”, he was making some growling noises which (in Jaidens words) was freaking him out, he asked the child to stop, but instead of 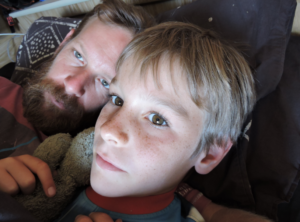 stopping, he continued to move closer to Jaiden and persisted to make his Zombie noises. After asking him (pretty forcefully) to stop several more times, Jaiden gave up using his words and started using his fists. 30 seconds later the child was on the ground and Jaiden was laying into him. Jaiden has always struggled with emotion regulation however very rarely does he resort to physical violence, however in this instance, he did. It resulted in the child being very upset, and injured.

Because there is no point trying to reason with a child who has already lost control, I escorted him to his bed put on a movie for him so he could calm down. He was both angry and very very upset. The next morning I sat down with him and we discussed what happened. He instantly became pretty upset and said to me “That kid was being mean! He would NOT leave me alone, he didn’t listen to me and made me so angry!”. I then asked him “What do we do when someone is being mean to us?”, he answered “We tell them to stop”, I asked what happens if they continue to be mean, to which he answered “We walk away and go play somewhere else”, which is exactly what Jaiden does in 99% of instances where disagreements occur. Whilst he didn’t take the best course of action in this instance, it did provide me a chance to further discuss our emotions, how we can try and control them as well as why it’s so important that we don’t allow people to negatively impact our mental state and instead surround ourselves with people who treat us appropriately.

Whilst it’s true we encounter difficult people in our adult lives, we have the ability to leave the situation, especially if the person is verbally, physically or emotionally abusive. Sure there is the odd workmate whom makes our lives hell, but we have the choice to leave the job, the same goes for family, friends or anybody else we encounter in our daily lives. After all, dealing with a difficult co-worker is somewhat different to being tormented in the school yard. Developing social boundaries doesn’t mean never having to deal with difficult people, rather it means having the strategies to minimize the impact that these people have on our lives, they are the strategies that I am teaching Jaiden. If people choose to stay in a job or relationship where they are verbally, physically or mentally tormented, that’s their prerogative, after all, whilst it can be incredibly difficult we do have the option to move jobs, leave a partner, disengage toxic friends or family members. Children who are bullied in the school yard often don’t have that choice, especially when they are in the same class.

Some time ago I wrote about an ASD boy we met, Aaron (Article here). He’d learned that the solution to dealing with mean kids at school was to, well, flog them. Why? Because it was the only way the mean kids would leave him alone. Whilst his coping strategies worked in the school yard, we all know in the “real world”, that won’t end quite so well. This is why I focus 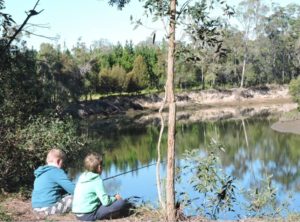 so heavily on helping Jaiden understand his emotions, communicate effectively and develop strategies to assist him in dealing with conflict. Part of this is learning that he does have the right to stand up for himself, he does have the right to speak his mind and he also has the right to decide who he will and will not allow into his life. On a personal level, during my time seeing a counsellor I learned that ultimately I am responsible for my own happiness and the people that I allow to be in my life directly influence this. I have left jobs because of bullies in the workplace, I have walked away from long term friends who were negatively impacting my life and now I am very selective who I will allow into my life because those are the people who add value to my life, they are my tribe.

Jaiden spent the day quite upset yesterday, both because he’d hurt the child and felt terrible, but also because the child’s parents had requested Jaiden stay away from their son. Jaiden understood that he’d made the wrong choice, but also understood that the other child had ignored his requests to stop. Personally, I was a little disappointed that the parents wouldn’t allow the children to discuss it with each other, but I respected their decision. So whilst it was not a positive interaction, like everything, we took the opportunity to learn from it and took the positives from the situation. Because of our lifestyle. Jaiden meets a LOT of new children (Far more than most children his age) and from time to time he clashes or has disagreements with them, often in places (like campgrounds) where he has to share a common area, so these strategies are important for us. I certainly don’t live in a fantasy world whereby I think he will never have to deal with conflict, instead I am doing all I can to help him cope with those situations for when they do arise both now and later on in life. Whilst there may be kids who can “cope” with being bullied and suffer no long term consequences, there are just as many who cannot and the effects can be both long lasting and often tragic. I don’t think we need to make our kids endure bullying so they grow up thick skinned and willingly accept abusive people as a part of life, I think we need to raise children who understand they have a right to be treated a certain way.

Because Jaiden was feeling rather down, we spent the morning snuggled up in bed watching documentaries together and reflecting on the events of the night before. This will be an experience he will remember for some time, so I am sure the next time he feels himself reaching breaking point, he’ll react more appropriately. For us at least, learning how to use social boundaries is not about avoiding all negative people or isolating Jaiden, it’s about teaching him that he has the right to be treated with a certain level of respect.

Personally, I think we all deserve that.