Family caravans, on a budget.

Let’s talk about going travelling on a budget.. 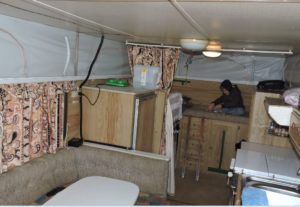 There’s a lot of travel pages that gloat about travelling on a budget. However they often do so with $60 000 – $100 000 worth of car and caravan, which for many of us makes the dream of full time travel seem totally unobtainable regardless of how little they spend each week. Whilst we’d love to have $100 000+ to buy a modern car and caravan, the reality is if we waited until we had that much money, I’d be near retirement age. I’m not that patient.

Sure, it won’t result in people having “Caravan envy” when you pull up at a campsite or caravan park, but when it’s a choice of doing it on the cheap, or not at all, the choice seems pretty easy. 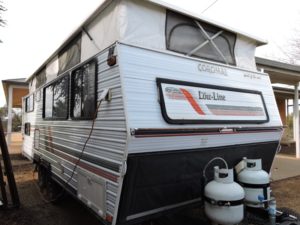 For instance, our van is an 18ft 1989 Coromal Lowline, it came with the following:

Awning AND an annexe (annexe attaches to the non door side)

12v fans for our fridge (Here)

The total cost, was under $15k. Admittedly, I did the entire 12v setup myself which did save me quite a lot of money, but if you want to go travelling on the cheap  I think you need to be prepared to learn a lot so you can do these kinds of jobs yourself. There’s endless information available on the internet, it’s just a matter of taking the time to learn.

The great thing about owning an older van is that they are much lighter, so there’s no need to spend upwards of $30k on a 4WD to tow it. The other benefit is that a cheaper setup means far cheaper insurance which helps when you’re travelling on a tight budget. 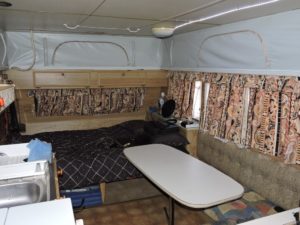 Our first caravan cost us $2k to buy. Sure, it was not the prettiest thing in the world but we were still parked alongside $100k+ setups, driving the same roads, enjoying the view at the same campsites and emptying the toilet in the same stinky dump points. 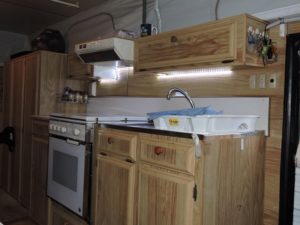 It’d be nice to have an ultra modern caravan and car with all the bells and whistles, but for the extra expense I am not entirely sure it makes the journey that much more special.