Homeschooling and travel – Can it HELP social skills?!

I see a lot of posts from families wanting to homeschool; some are looking at it in order to travel, others due to other reasons. I wanted to share my experiences and the one of the biggest reason reasons why I chose to pursue homeschooling.. It’s that “S” word again, socialization.

Yep, that’s right, I chose to homeschool BECAUSE of the socialization.

During our travels we met quite a few homeschooling families, some traveling, some not. As an ex childcare worker who spent the majority of my time working in Preschool and Before / After school care the thing that struck me most about the homeschooled kids I met is how mature and well adjusted they were. Sitting down and having discussions with these kids really blew me away, these were not like kids I had ever met. Whilst it’s assumed that children can only learn social skills by being in the classroom, I can assure you that this isn’t the case. Instead of being subjected to the often brutal schoolyard, these kids were spending a lot of time learning how to socialise by watching adults interact as well as interacting with adults themselves. Let’s be honest, kids don’t learn how to socialize at school, they just mimic the behavior of others. Teasing / Bullying / Isolation does not just come naturally to kids, it happens because they see others doing it, they believe it is acceptable and then copy.

In the “real world”, as adults we do often have to endure people who we do not like or treat us badly, but and being forced to interact with these very same people who on a daily basis is not generally something we have to endure in our own social groups. Over the years Jaiden has learned to “deal with” kids (and adults!) whom he may not like, or may not behave in a way he feels is acceptable, but the fact this has not been forced upon him from the very start I feel is the difference between him wanting to socialize, and being forced to endure situations that upset him.

Many of the kids we met did distance education, whilst some of the parents would admit to it being a real drag to get their kids to do their work, many of the kids whose parents didn’t struggle was because they had the choice of when they would do their work, be it in one hit in the morning, or coming back to it throughout the day as they pleased or do nothing for days and then spend an entire day doing it. The freedom to pick and choose what work they did and when, whilst still sticking to “deadlines” was also something that also really surprised me. They’d already accepted their responsibilities and much like the real world, they had the choice to plan their own day around the things they needed to do, both chores and school work. 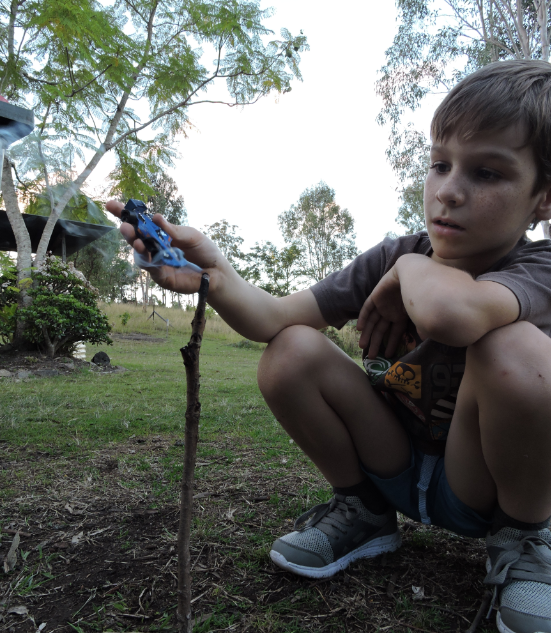 So to those of you out there who worry about what homeschooling will do to your children, or who worry that they will ‘fall behind’ in their grades if you spend a year on the road traveling. Remember, life is not about getting good grades in everything, nor does it have to be about spending your life doing things you don’t want to do.