How to live a simple life…

I used to dream of one day owning my own house with a beautiful big bathroom, filled with lovely fittings and a great big bath tub. Now, not so much…

There’s no denying that travel has changed my life in a lot of ways. My morals, values, goals and ambitions have pretty much done a 180 in the past 6 or so years. Like many other people, I was lead to believe that if I worked hard I could buy a nice car, a nice house, fill it with nice things and that would make me happy. What I discovered over the years is that buying things only provided temporary happiness. I’d buy a new phone, for the first 2 days I thought it was the greatest, after that the novelty wore off and it was just another tool. I built a new media PC capable of holding thousands of movies, so I went on a rampage to download everything I could to make use of the space, only for it all to remain unwatched as I didn’t have the time. My new TV was fantastic for the first 2 days, after that it was just another idiot box spewing out bad news to me. I’d upgrade something on my car, and a week later I was looking for something else to upgrade. It was like I was playing a game and the goal posts kept moving, the more I worked and the harder they chased, they faster they moved. 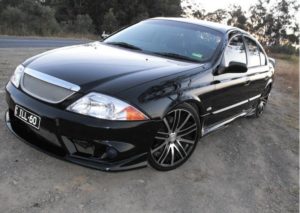 When we first took off travelling I never planned for this to be a long term thing, I was meant to travel for a year and go back to work. The thing was, during our time in Byron Bay I quickly noticed that nearly all of the backpackers had one thing in common, they all had very little in the way of possessions or money yet they were some of the happiest people I’ve ever met. But why? What on earth made these people so happy? The process of selling up everything I had worked for was an incredibly difficult and tedious one, however once I’d finished and realised that everything I owned was in a tiny tin can, I felt a huge amount of freedom, well as much as I could with an 3 year old on the spectrum.. The sense of freedom was great, but I quickly realised it wasn’t just that sense of freedom that made these people so happy. Rather, it was people, the simple act of connecting with another human being. Just sitting, talking, sharing stories, sharing experiences, sharing silence.

As this page started to grow, I discovered the only thing better than connecting with people was to help them. As time went on it became a larger part of my life and something I spent more time doing, be it helping inspire someone to make a life changing decision, or helping someone broken down on the side of the road, or letting a random person in front of me when shopping, the thing that makes me happiest is helping other people.

My goals have gone from ones that included a life full of nice possessions, fast cars and fancy dinners at restaurants. To one that has only one real aim, to help other people in any way I can. It’s a bit of a challenge for me at times as I am facing some struggles of my own when it comes to asking for assistance, but that’s something I am working on. For now though, my short term goals include getting to a point financially where we can do what we most wanted to do with this caravan, and that was to loan it out to other families with kids on the spectrum so they can have a chance to experience this wonderful life we live. Basically, using nature, space and connection as a form of therapy. After all, that was the whole reason we searched for a caravan capable of sleeping 5. 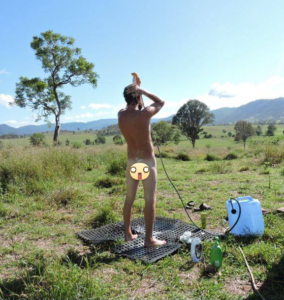 Long term, my goal is to open an Autism friendly campgrounds. Whilst it would be open to all people, the idea is to provide somewhere that families can come and enjoy time away without fear of judgment from those around them. Somewhere kids can come and help with vegetable gardens, care for and interact with animals, help fix and maintain machinery and cars, learn about sustainable living concepts like solar power and to do so whilst being accepted for who they are, regardless of their abilities. I never imagined that Jaiden would have progressed as far as he has, the feeling of seeing Jaiden overcome a fear and do something for the first time is something I’d love to be able to facilitate for other people.

For Jaiden and I, we no longer want a big fancy house. Rather, We’ve decided that we’ll erect a shed and turn it into our own house, taking advantage of the skills we’ve learned around off grid living which will hopefully enable us to pass this information on to others as well as creating a sustainable lifestyle. This will mean Jaiden and I not only get more time together, but we can dedicate more time to doing the things we both enjoy most, connecting with and helping other people. Plus, it means I have less house to keep clean when my mum comes over to visit…

Remember, if you can only be one thing in this world, be kind.