Do children really need to go to school to learn social skills? I think not..

For whatever reason, there appears to be a notion amongst the general public and professionals (paediatricians and psychologists in particular) that without exposure to the school yard, children will not develop social skills. If you have a child on the Autism spectrum, many believe it to be even more important to have exposure to the school yard to learn social skills, but why?

Some time ago I wrote a couple of pieces (I’ll link them in the comments below) about how I believed that not attending school was pivotal in developing both Jaidens social skills, but also social boundaries. As time goes on, I believe this to be more and more true. 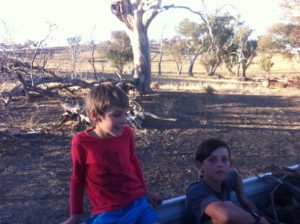 At its core, the concept of being socialised is to mix and interact with others, for pleasure. It doesn’t mean being forced to interact with other children on a daily basis and it certainly doesn’t mean learning to cope with cruel kids or copying other children’s behaviours to fit in. What it does mean is surrounding yourself with people whose company you enjoy, people whom you choose to be around, similar to what we do as adults…

Jaiden has gone from a child who hated interacting with other children to a child whom, when we get to a new town, instantly asks “Dad, is there any homeschoolers near here?”. This isn’t because I’ve forced him to interact with other children, but rather because over time, he’s learned that playing with kids is actually lots of fun! But what he’s also learned, is that he has the power to decide who he does and does not play with, when, and for how long. This is what I firmly believe to be the difference between him enduring social interactions, and being, well, sociable!
It’s also meant he’s developed social boundaries as he knows he does not have to interact with people who don’t treat him the way he wants to be treated, again, much like the choices we’re free to make as adults. Yet, for some reason, when kids are picked on or bullied at school we often expect kids to just ignore it and move on and just accept it’s part of going to school. Would we say the same to a friend whom was being bullied or teased by their partner, another friend or family member? What are we really teaching our kids by telling them to “suck it up” when they’re being picked on at school? Personally, I think we’re teaching our kids that being bullied is not only acceptable, but that it’s just a part of life. I’m sorry, but that really doesn’t sit well with me.

Pictured here is Jaiden, Tane and Kiara. Tane arrived 4 days ago and 5 minutes later Jaiden and him were out on the trampoline. Tane was pretty unsure about the whole farm animal “thing” so Jaiden (who now considers himself a staff member Barcoos Farmstay Bathurst​) continually encouraged him to interact with the animals and join in on the activities, slowly but surely, Tane came out of his shell. A couple of days later Kiara arrived and instantly the 3 of them hit it off. They all spent several hours playing spotlight together, snapping sticks for the fire, playing (and laughing!) well into the night.

The next day Jaiden had his hotwheels track out, somewhat curious Kiara came to see what the fuss was all about and quickly joined in on the action, each of them picking cars and racing them down the track to see which were faster. The 3 of them spent the next 40mins happily playing cars, free from generalization about gender, age, race or any other differences that can cause segregation in the school yard. Instead it was 3 lovely kids enjoying each others company, working together and having fun. Not because they were forced to interact with each other, but because they wanted to. That’s what socialisation is, that’s something Jaiden’s learned without ever setting foot into a school. 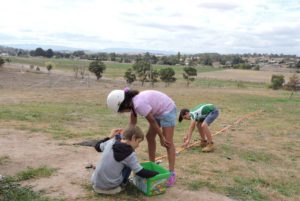 In my adult life, I’ve never been forced to socialise with the same group of people every day, let alone with people who may be unkind towards me. Instead I am free to pick and choose whom I interact with, when, and for how long. Why should my child be any different?

The concept that children need to be forced to interact with other children in order to learn social skills is absolute rubbish if you ask me. Jaiden has come out of his shell at his own pace, without being thrown into the school yard. There’s a difference between being socialised and being sociable, personally I am happy that Jaiden is the latter.