Off in the distance is an 8 year old boy. A boy who not so many years ago had major issues interacting and communicating with anyone, let alone children, a child who would run screaming when a butterfly flew towards him, a child who would cry when a stranger made eye contact with him and tried to interact. 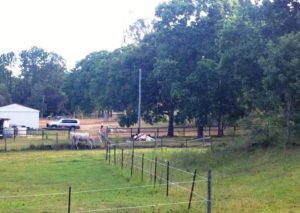 Off in the distance is an 8 year old boy who today approached a group of children who are not his peers. He asked to join their game of cricket, after joining their game, 3 unknown dogs ran out and sniffed him, a few minutes later an adult who was a total stranger joined in on their game.